"At times of turbulence and war, solidarity is an essential value and coming together, a necessity for creating stronger foundations for a better and more promising future. It is in this mindset that this year’s Oskár Čepan Award has decided, for the first time in its history, to nominate a group of equal winners as a gesture and symbol for a collective voice rather than a single one. The jury’s selection was fraught with discussion due to the substantive number and strong level of applicants. In making its choices, the jury favoured those artistic practices that showed a unique yet collective voice, demonstrated potential, and that would benefit from the award as a springboard for their career or a token of recognition. The nominated group of practitioners showcase a diversity of practices that is representative of the Slovak contemporary art scene to international audiences." - Amira Gad, head of a jury

Ján Skaličan has become doctoral student at the Academy of Fine Arts in Bratislava in 2019, after he graduated there, at the Department of Photography and New Media in 2018. In 2017, he participated in an exchange at the University of Arts in Belgrade. In 2014, he won the first place in the Slovak Press Photo competition. He is member of the art group dsk. From 2014 to 2017, he was with the artist-run space Žumpa as co-founder, curator and coordinator. In 2016, he organised the project Mor ho! in the Bratislava-based Gallery Medium. In 2021, he had a solo exhibition Stream in Považské múzeum in Žilina, and in the SODA Gallery in Bratislava. He also participated in a group exhibition in 2021, for instance at the display Two Shapes of Leaf on Tree in the East Slovak Gallery in Košice.

Lenka Adamcová graduated from the Intermedia Studio at the Academy of Fine Arts in Bratislava in 2021. Between 2019 and 2020, she spent two semesters at the University of the Rhine in Strasbourg (pozn. prekl.: SK poriginál ni eje clekom zrozumiteľný: “na Univerzite umení v Rýne v Štrasburgu“, na základe rešeršu online predpokladám, že ide o Fakultu výtvarných umení na Univerzity of the Rhine in Strassbourg – tak to aj uvádzam v preklade), where she studied sound. In 2021, she had internship at the Synth Library in Prague. In 2020, she gave a sound performance La Chufferie at the Galerie de la HEAR in Strasbourg and within the Sonic Protest Festival in Paris. In her art, she primarily works with sound, but also engages in artistic collaborations in different choreographic, performative and participatory projects. Since 2019, she is coordinator, and provides audio-visual and sound support within the Aquarium Gallery project.

Michal Mitro graduated in Intermedia at the Faculty of Fine Arts, Brno University of Technology. In 2018 and 2019, he had an internship with ArtScience specialism at the Royal Academy of Art in The Hague, the Netherlands. In 2013 and 2014, he studied sculpture and sound at the University of Tasmania. In 2012, he was at the American University of Beirut specialising in psychology and fine arts. He also studied sociology (Bosphorus University Istanbul, Masaryk University Brno). He exhibited widely at home and internationally. In addition to his art, he works as curator for the interdisciplinary association sessi.space (Safe Space for Exploring S-Ideas) and is member of the STELLA research group (Somatic Tech Live Lab) that maps the overlap of performative art and technology within the V4 – Visegrad region.

Monika Pascoe Mikyšková received her master’s degree at the Painting Studio +– XXL, where she also completed her doctoral studies in 2014. In 2004, she had a scholarship at Roxy Walsch's studio at Newcastle University (Newcastle Upon Tyne, UK). In 2020, she received a scholarship from the NOVUM Foundation, in 2015 an award in the solector selection prize category within the Essl Art Award CEE and, in 2007, the 3rd place in the VÚB Painting competition. In individual exhibitions, she presented her work at, inter alia, the Arosita Gallery in Sofia (Bulgaria) with a presentation Natural Environment (2021), or at the group exhibition Calm / Still Life (2021) at the Tsekh Gallery in Kyiv.

Peter Kašpar studied media communication at the University of St. Cyril and Methodius in Trnava. In 2017, he held a SAIC internship at the School of the Art Institute in Chicago. In 2016, he attended The Fountainhead Residency in Miami and, in 2015, the School of Visual Arts Residency in New York. In 2014, he was nominated for the Pulse Art Prize. His most recent independent exhibitions include Liquid Being (2021) at A Promise of Kneropy (APART Collective) or Sunroof (2017) at The Java Project in Brooklyn, New York. 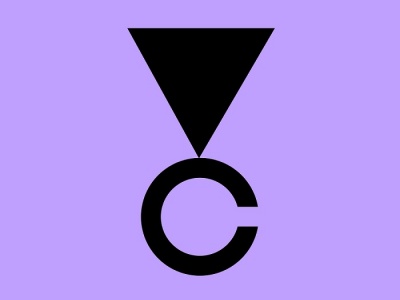 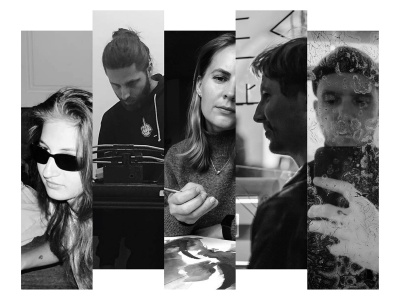